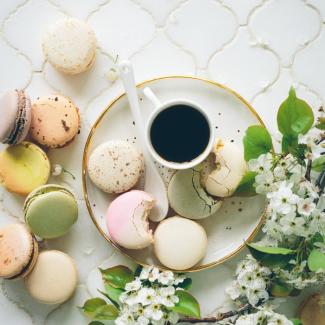 Many softdrinks and other prepared foodstuffs are mature, high-volume products. As a consequence, their promotion efforts may rocket, while production costs are squeezed to a bare minimum. Often, softdrinks and other prepared foodstuffs are rich in sugar (sucrose) or in other relatively cheap, highly palatable and readily absorbed glucose-containing carbohydrates. On the short run, this may help to keep shareholders happy. But who will be happy on the long run if consumer health, brand value and credibility of the food industry as a whole are undermined? Do we just have to live with this, as a consequence of free trade and free choice? An increasing number of people think we don't. 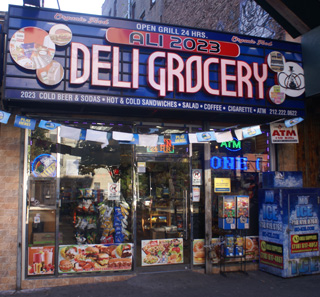 In the public debate, sugar is often demonized. This is incorrect and over-simplifying. To begin, it is a matter of amounts. There is nothing wrong with consuming modest amounts of sugar, as long as fermentation in the oral cavity causing acid formation and, as a consequence, tooth decay is kept under control. Further, it should be considered that sugar is only one example of a readily absorbed glucose-containing carbohydrate. Albeit cheap and consumed in vast amounts, sugar and its equivalent high-fructose corn syrup (isoglucose) are not even the fastest absorbed of them all. Still, increasingly, taxes are applied on sugar.

Is the critical debate on sugar just another hype then? Are opinions made up from fake news based on fake science? Will our view on sugar become more positive again over time, like it did on eggs and on most types of dietary fat? Not likely. 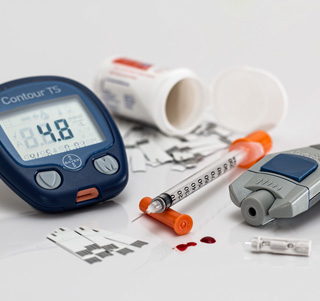 Upon consumption, readily absorbed glucose-containing carbohydrates like sugar and most forms of starch are rapidly taken up into the bloodstream. In order to prevent damage to the body, the resulting glucose peaks are quickly neutralized, by secretion of insulin from the pancreas. This works remarkably well in most of us, who are not born with diabetes. However, decades of consumption of these so-called high-glycemic carbohydrates in large amounts undermines the health of many. An increased hip circumference may be the first noticeable sign of chronic overconsumption of high-glycemic carbohydrates, while diabetes, cardiovascular or other chronic diseases develop over the years. Medication can slow down the development of these diseases. Yet, proof is accumulating that, for most of us, reducing the intake of high-glycemic carbohydrates is a cheaper and often more effective way to counteract  diabetes and related chronic diseases.

Carbohydrates are a preferred and important source of energy to our body. Therefore, when we reduce high-glycemic carbohydrates in foods, amounts of other carbohydrates should be raised. Rather than putting its money in lobbying sugar and in fighting sugar taxes, our industry should use the current momentum in a more positive, proactive way. We should embrace the debate over sugar and the policies emerging from it as an opportunity to thoroughly reformulate carbohydrates in foods.

Some glucose-containing carbohydrates are absorbed more slowly, no matter what matrix they are in. Isomaltulose is an example of a low-glycemic, non-sucrose sugar that is fully absorbed. Its breakdown by digestive enzymes prior to absorption simply takes more time.

By now, several claims have been allowed for use in the EU on lowering blood glucose peaks after a meal, when replacing high-glycemic ingredients by low-glycemic alternatives.

Another option is to replace high-glycemic carbohydrates by non-glycemic dietary fibre. Some of the technological and sensory properties of fast carbohydrates can also be taken over by fibre ingredients. With the increased consumption of prepared food over the last century, the intake of dietary fibre has decreased dramatically. As a result, for instance, constipation is now very common. Prepared foods are here to stay. So they should contain more fibre.

Some dietary fibres leave the body more or less unaltered. Such fibres, like the cellulose present in many vegetable foods, including whole grains, are important to our health. But their sensory and technological properties may present limitations. Other dietary fibres are not digested, but are fermented in the colon. Fermentable fibres affect the colon microflora. Some fermentable fibres selectively stimulate bacterial species and processes that are seen as beneficial. Claims for such so-called prebiotic effects have not yet been accepted in the EU, but promising research is ongoing.

During fibre fermentation, short-chain fatty acids (acetate, propionate and butyrate) are formed. The resulting acidification inhibits protein fermentation and may stimulate calcium uptake in the colon. Short-chain fatty acids like acetate and propionate are taken up by the body. While providing some energy many hours after a meal, acetate and propionate are likely to suppress feelings of hunger. Butyrate is used as an energy source by enterochromaffin cells, an important class of endocrine intestinal cells.

Several content and health claims, like ‘source of fibre’, ‘rich in fibre’, ‘helps to control blood glucose after a meal’, ‘supports bowel regularity’ can now be made in the EU, depending on the amounts present of the fibre ingredients of choice. As this field is still evolving, more health claims are likely to become accepted.

For many products, a combination of one or more of the options mentioned above, possibly along with reducing portion sizes and increasing information or education may prove to be the best way to go. No doubt, the costs per kilogram of products will go up. But by reformulating carbohydrates, the real value of products will go up, too. Let us do consumers and ourself a big favour by putting our money on reformulating carbohydrates, and on promoting the true benefits.

Increasingly, consumers demand authenticity and integrity. They buy into a story they can identify themselves with. Still, taste, convenience and price remain important in consumer decisions. Examples of other proven triggers are fun, variation, tradition, active lifestyle and sports. Now health, ethics, authenticity and sustainability can make a difference, too and can generate brand value.

Increasing the intake of fibre and of low-glycemic carbohydrates will bring our intake pattern more in line with that of traditional diets consumed prior to the era of prepared foods. Those days may have been far from ideal, but chronic disease from overconsumption was more scarce than it is now. A true point like this can make sense to consumers, too.

Nutritionists keep advocating a varied and balanced diet, to be consumed in moderation. We all know about this. But most of us do not act accordingly. Increasingly, the composition of products for everyday use and the way they are presented should help us, consumers and hedonistic sinners, to take steps in the right direction.